Spring clean piano inside out

To clean a piano properly is not only from the outside appearance , internal area can hide many dust and foreign objects , some time mouse can brought in things to surprise you.
To do it , one must know how to open up all the front panel and bottom panel, remove all the keys carefully .
Use a vacuum cleaner to suck out major dust , with a brush to clean necessary area. Be careful not to direct vacuum the rounded red and green color felt and cloth, as well as the papers underneath them. Once mess up, you need to spend money and time to look for an experience piano technician to regulate and reset the high and dept of the keyboard and so on.
Never use damped or wet cloth to wipe inside the piano . Certain part is sensitive especially the piano wires will get rust if gets water.
If not sure . Call a local piano technician to do it for you. 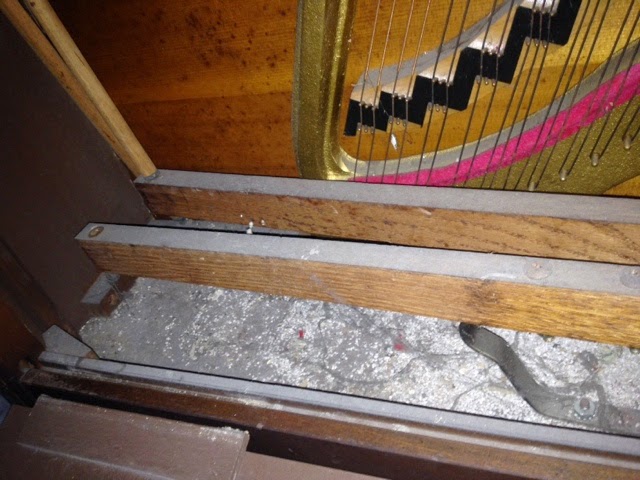 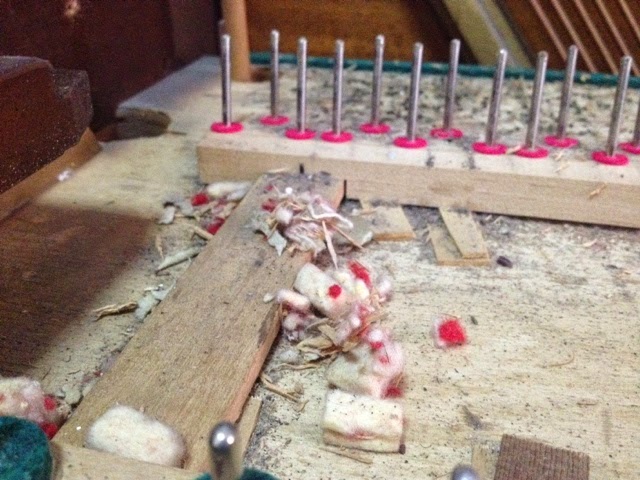 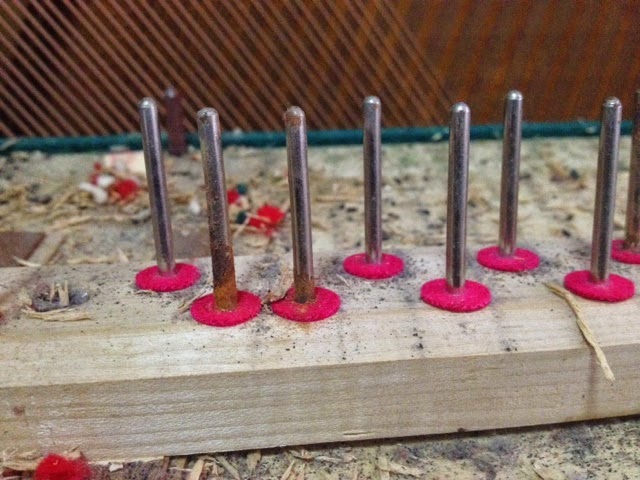 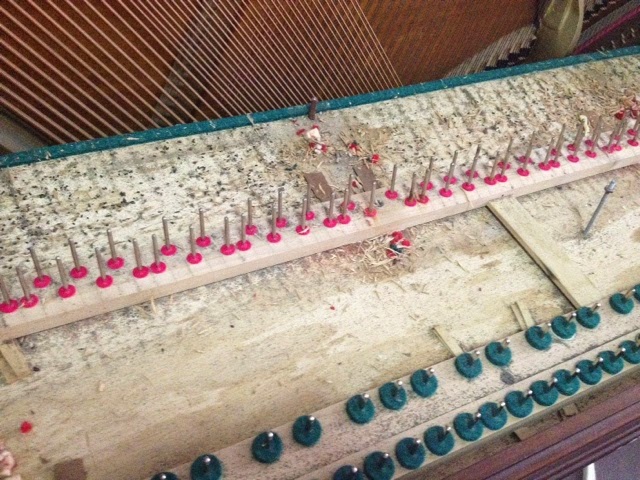 Trying to be funky

A grand piano which original color was black, well the owner feel
Bored about it and decided to spray it
Matte surface purple color.
Awesome! 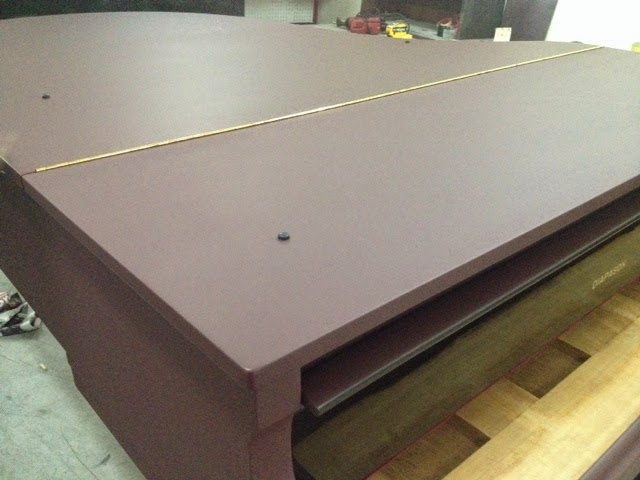 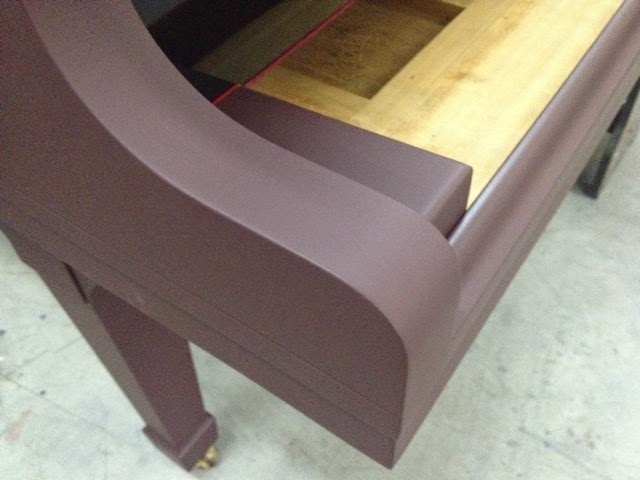 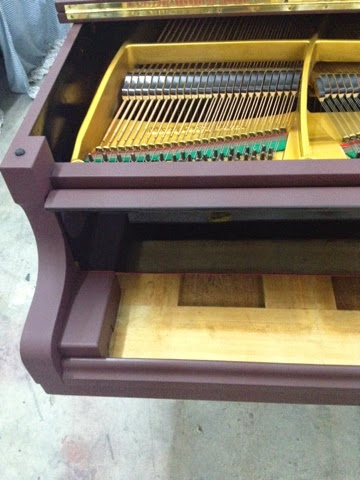 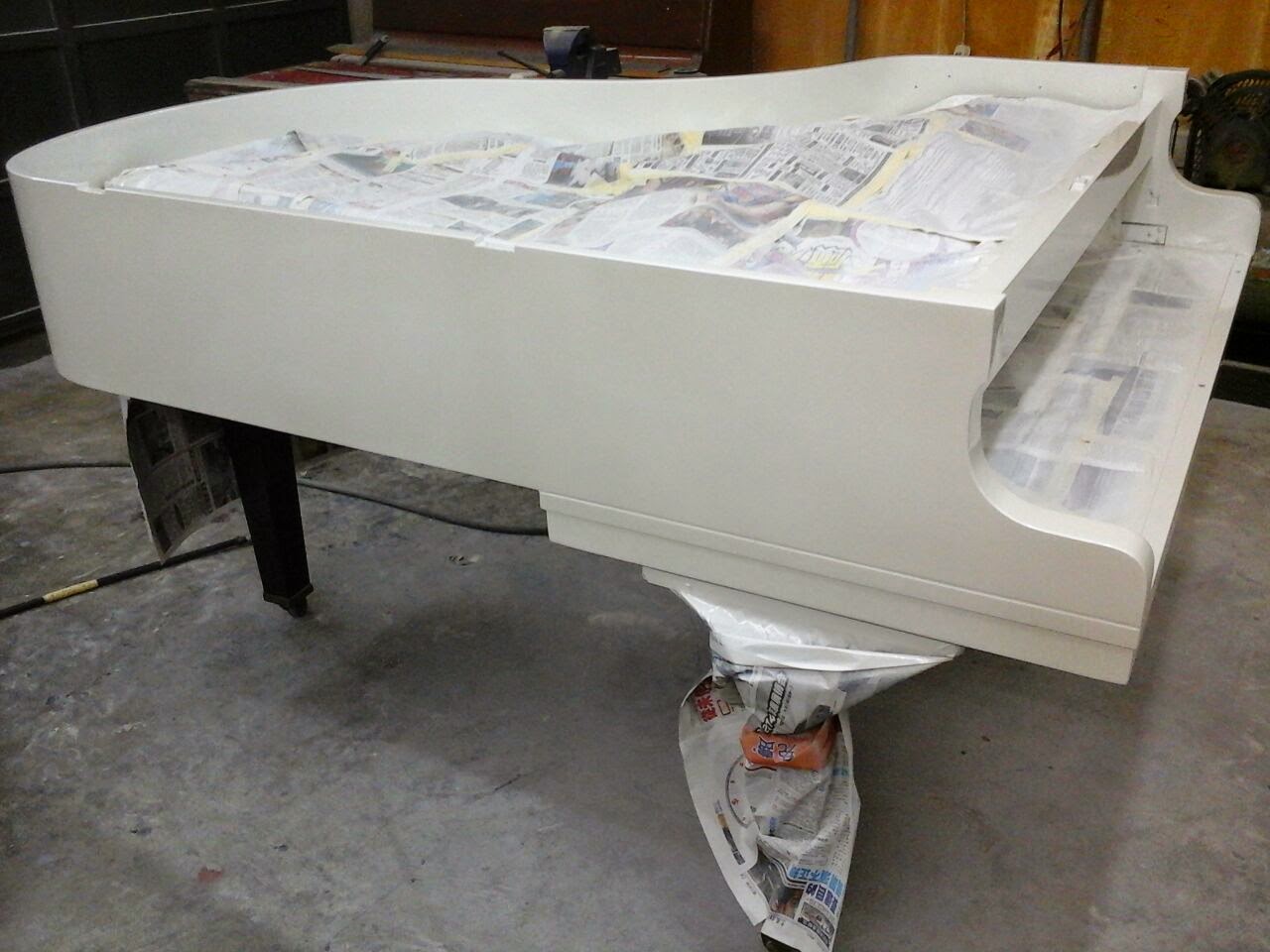 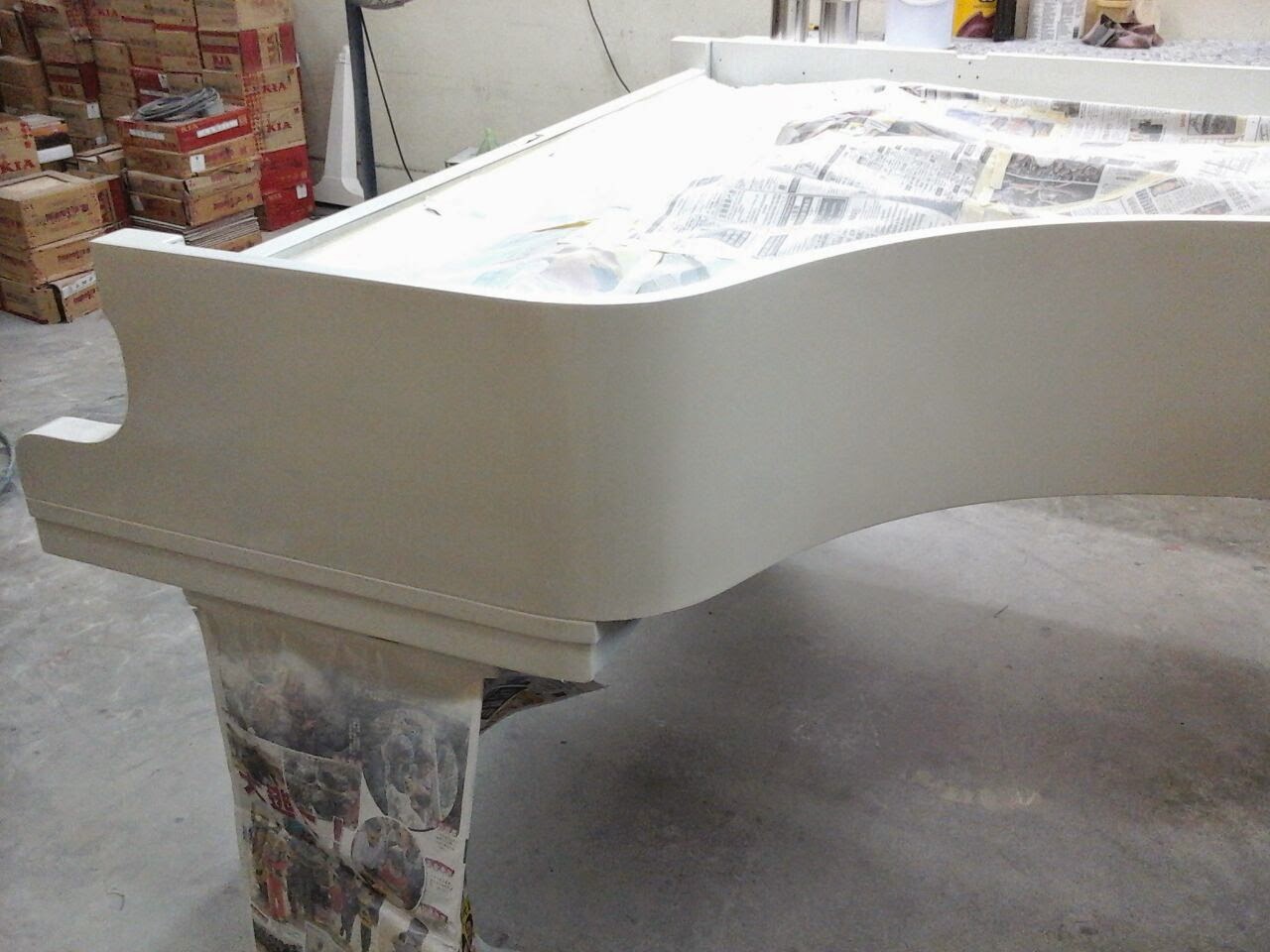 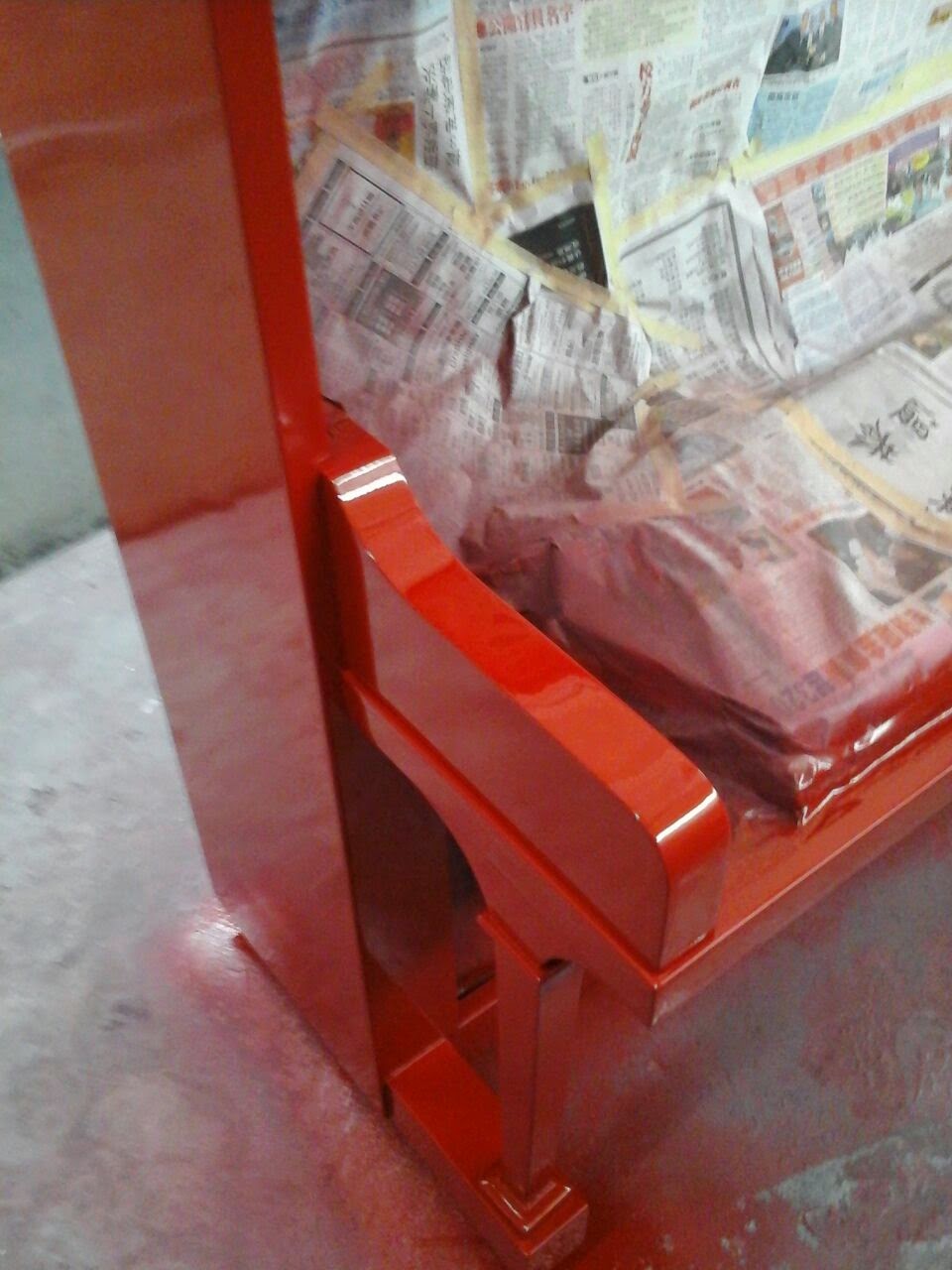 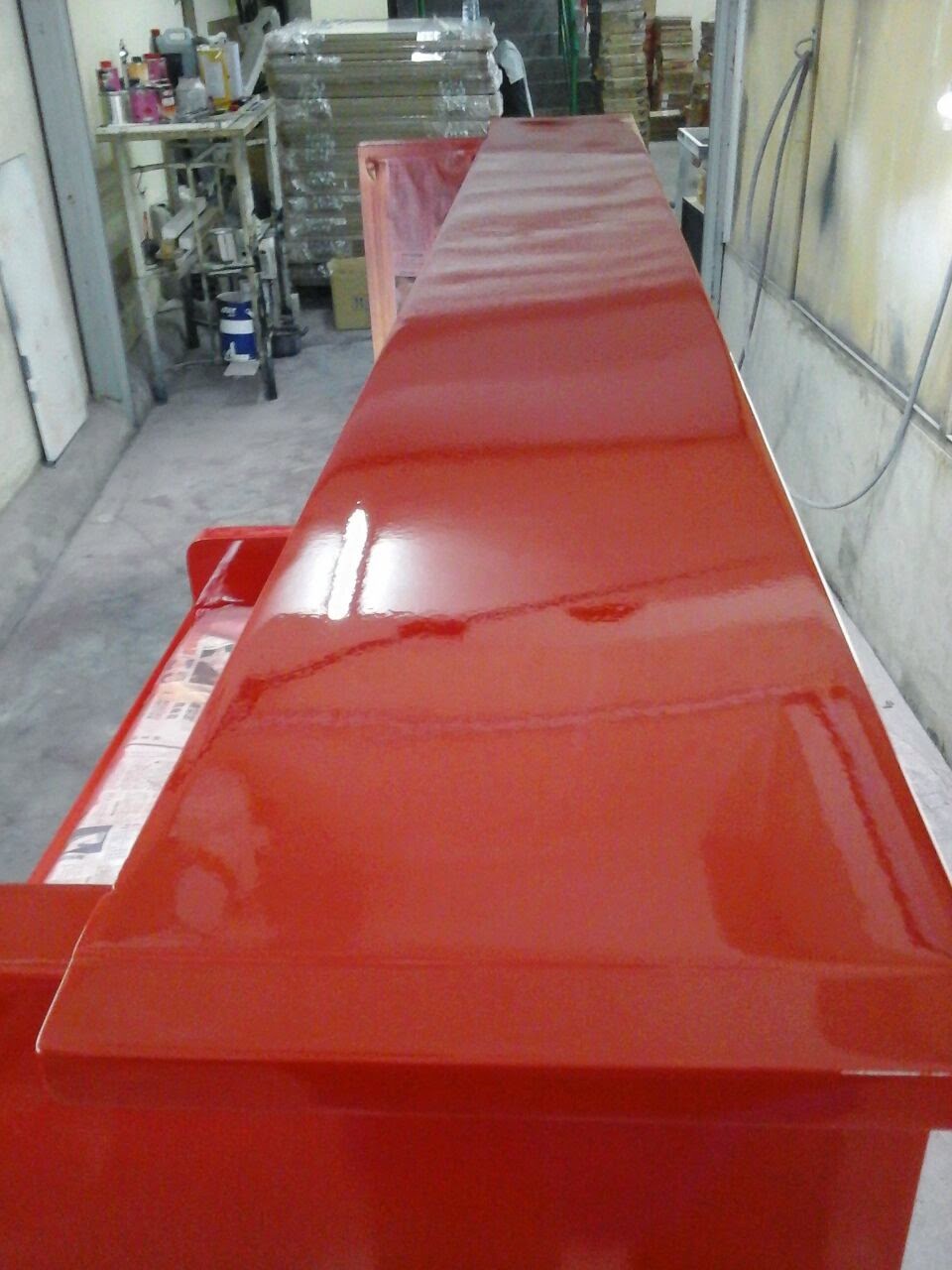 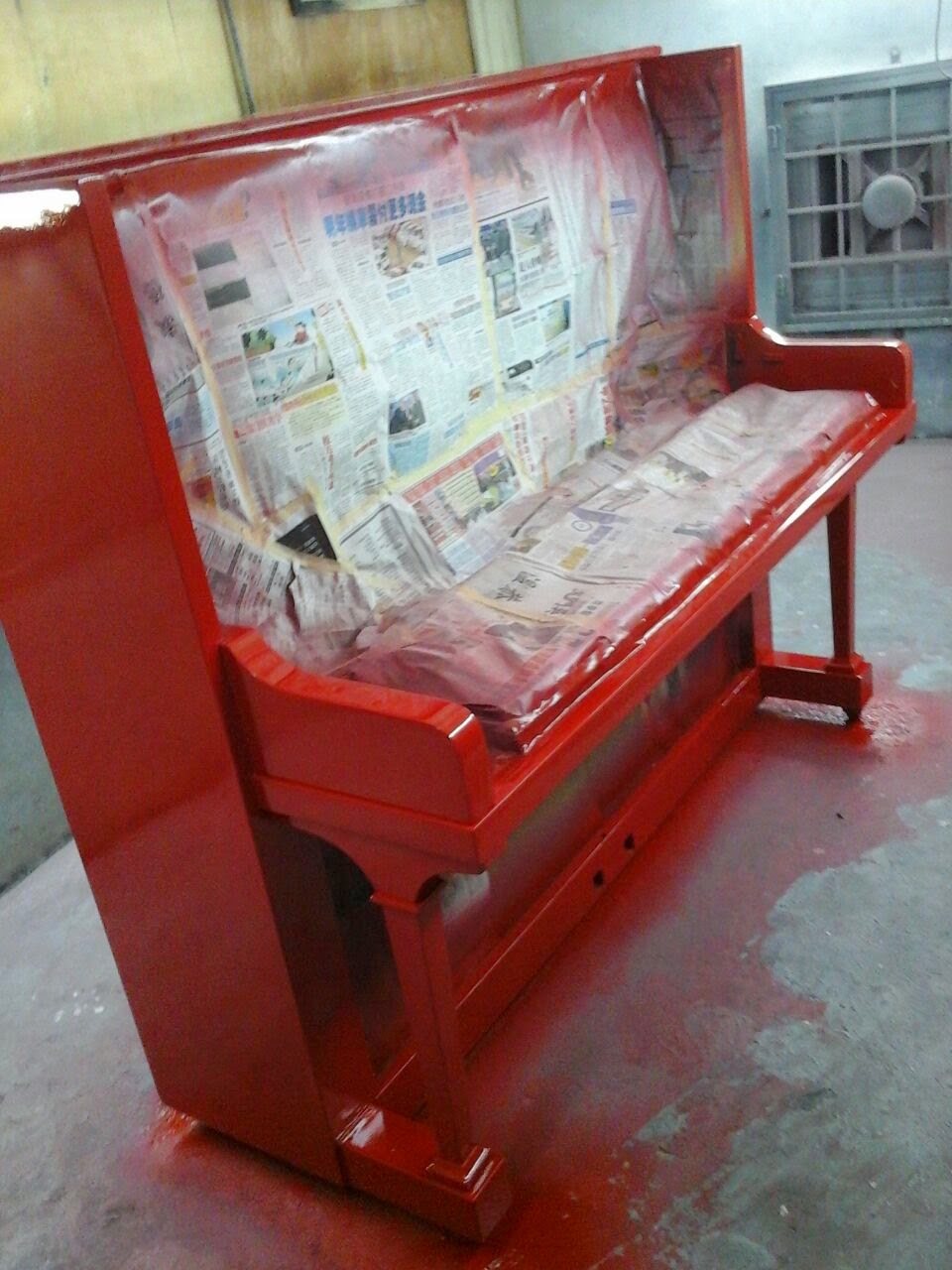 We spray all type of piano within kl and klang valley. Upright piano & grand piano.
Call for information detail.
0166604478

Posted by Unknown at 7:39 AM No comments:

piano keys can be polished to a better appearance.
in certain situation, when the key cannot be polished, then the key cap can be replaced.
common thing happen to the key is the bushing. if the bushing (balancing bushing and front key bushing) are not sticked properly,  they will have full contact with the key and balancing pins, that will cause friction. so sometime when you press certain keys, you will find that the response are slow or the key will not fudge, well this is one of the reason that cause.
the other is common problem is the silver fish a type of bug which like to eat the bushing felts and clothes.  when the bushing are all eaten up, it will cause the piano keys wobble and shake...it will affect the piano touch.

please enjoy the short slide i have created

Posted by Unknown at 9:29 AM No comments:

i came across a tough customer who owns a very old piano which has not been service for many years. at first when i walked in, i saw the walnut upright piano brand which is "Morrison", and i believe it is no longer manufacture.  i flipped up the fallboard, i can see that the entire keys are uneven which goes up and down and sticky, and the tone is extremely out.

then i realised that the piano had actually been restrung 10 to 15 notes, which was not done and coiled properly,  some even over hammered. almost all the wires are rusty, and i also found out that all the hammer heads are heavy worn out, the crown of the hammer heads are going flat. then the tuning pins majority are going loose which unable to sustain tension.

worse thing was, the regulation and the action flanges and hammers are wobbling which make it impossible to tune it.  i did not take many pictures to show here.

the point is, after detected all these problems, i was then trying to explain and show to the customer, which eventually was being questioned back why i wanted to mention all these. she said she only need a tuning and nothing else, "i don't want to spend money to repair or change anything, i want it get tuned only! it is not necessary to make it perfect, i am not a professional, and i only need to get it tuned so i can leisurely play and sing some song, thats all."

i was stopped several time when i was trying to explain what are the major things need to be done before i can actually tune the piano. however, she argue and seem like not believing that what i had mentioned and kept telling that the piano was bought from one of their relatives who used to own a piano shop many years ago and will not simply send someone without experience to service her piano. well,  pictures and video says it all. but even if they are good, it is also time to go through a major service due to wear and tear.

i will definitely won't tune a piano in this condition, as after all, you will make it worse and the result will be the same.  so expect some repair if your piano has not been serviced for many years. 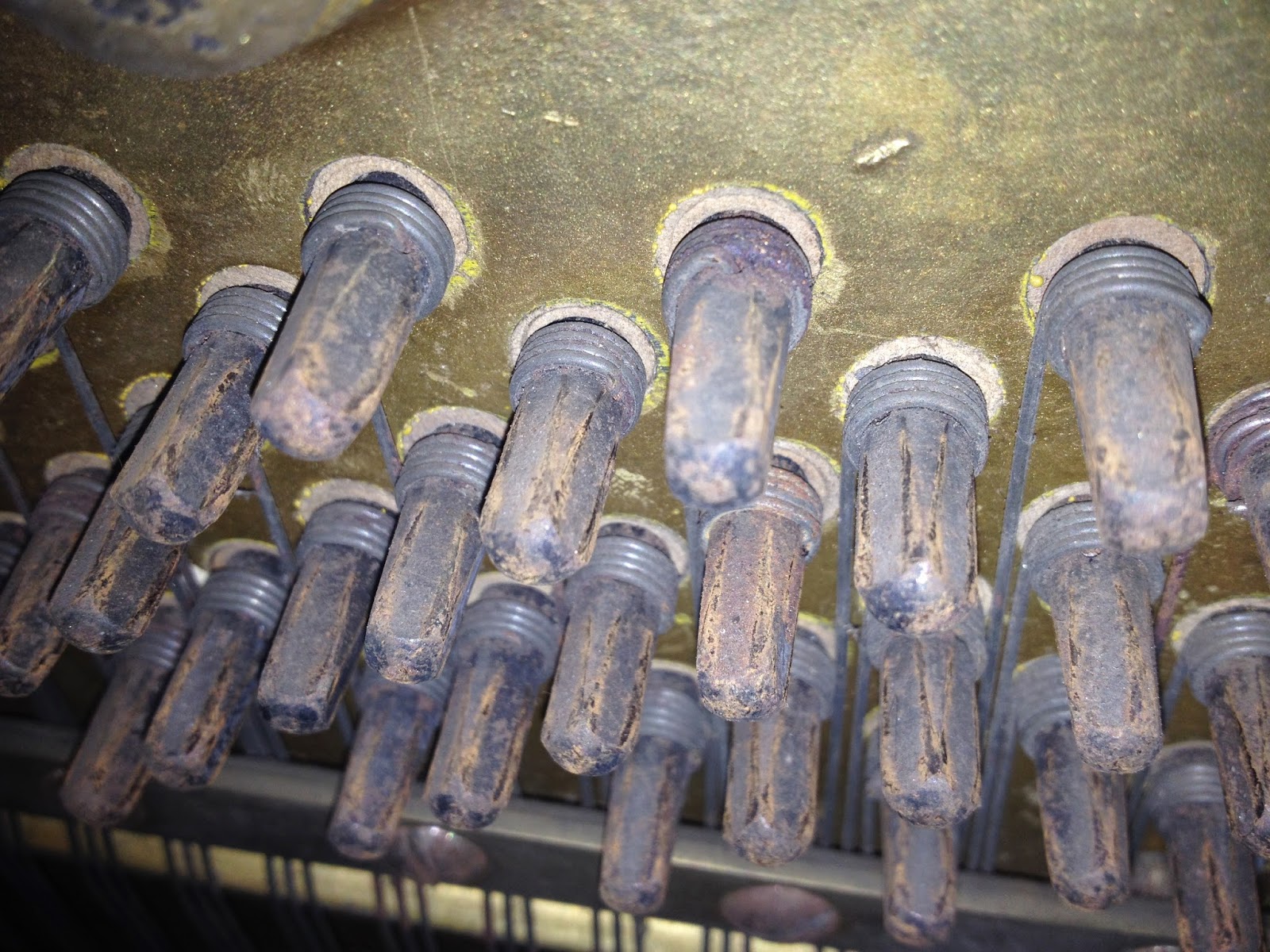 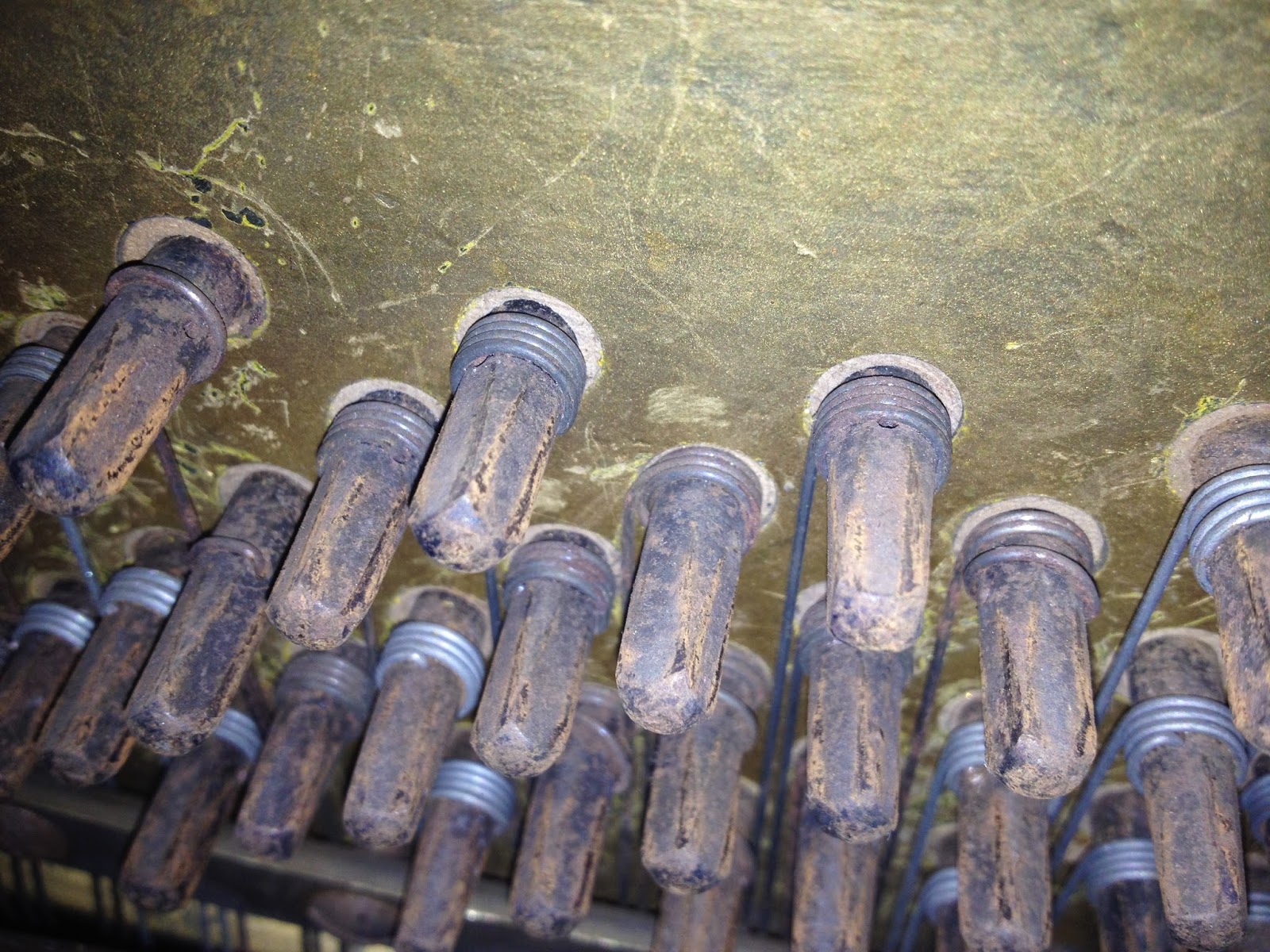 Posted by Unknown at 1:22 AM No comments: